The expert meeting was held in the afternoon on 31 May, 2016. All of the international experts and Mongolian scholars attended the meeting. Discussions at the conference and the expert meeting served as the basis for recommendations. To begin, three rapporteurs made statements on their findings and observations. All three rapporteurs acknowledged the quality of the presentations’ scope and content. However, they reiterated that the interpretation of rock art is still problematic if it is based on untestable theories, but conceded that there is a need for simple interpretation in order to raise awareness among the general public. Experts also highlighted that dating is another area in which research should be focused on developing new scientific methods. The experts emphasized the urgent need to engage local government and communities for the protection and preservation of Mongolian rock art sites. Participants of the conference and expert meeting conveyed the following recommendations to the Government of Mongolia, as well as to international organizations—in particular UNESCO, CIPSH and IFRAO—in order to step up the process of international cooperation in the field of rock art. The conference should be understood as an initial contribution from Mongolia to global scientific cooperation in the field of rock art; and, hopefully, as the start of a focused dialogue and concrete actions between Mongolian researchers and international organizations. I. Reinforcement of rock art research and awareness-raising of rock art sites in Mongolia • Adopt coherent policy approaches that are focused on the preservation of the rock art sites. Introduce a state inventory/registration, implement a preservation and management plan and develop curricula and training materials for schools in order to strengthen the capacity of local governments, communities, NGOs and young people. • Strengthen the research capacity of universities and academic research institutes so they can address rock art as pre-historical evidence and as a heritage site. Facilitate expertise and access to resources through academic exchanges, scholarship programs and inviting foreign scholars with the support of international organizations, including the American Center for Mongolian Studies. • Carry out the actions set forth in the political commitment section of the UNESCO World Heritage site nomination file for Mongol Altai, ensuring a focus on the management and preservation of the site, as well as the promotion of cultural tourism. • Explore opportunities to include the Biluut rock art site in the Mongol Altai Petroglyphic Complex World Heritage site. • Produce a local area tourist map and horseback riding route, and install signage to educate tourists as well as locals. • Encourage the development of testable theories for the interpretation of the rock art in Mongolia. II. Preservation and documentation of rock art • Promote the “Chuluun Shastir” NGO’s initiative to produce a photo album of the rock art of Mongol Altai, and encourage the publication of photo albums of other rock art sites in Mongolia. • Create a digital archive of the Mongolian rock art sites with the support of international foundations and the private sector. III. Acceleration of international cooperation in the field of rock art • Promote interdisciplinary studies of rock art sites, including ethnography and paleo-environmentalism, as well as well-documented comparative studies. Place emphasis on the support of new scientific dating. • A regional approach to rock art research is both important and appealing, especially now that the approach is framed in the context of cultural landscapes. Encourage regional research on rock art by implementing joint projects between Mongolia, Russia and China. One concrete recommendation would be to produce a joint publication of the cross-border rock art sites between Mongolia, Russia and China. • Attract the international research communities to the rock art sites of Mongolia. • Encourage Mongolian rock art NGOs to join international organizations, including IFRAO, which would greatly assist in accelerating international cooperation in rock art research in Mongolia. • Request that CIPSH organize a special session on Mongolian rock art during the World Humanities Conference in Liege in 2017. • Taking into account a rich collection of rock art in Mongolia, provide a feasibility study regarding the establishment of a rock art museum in Mongolia based on those in other countries, such as South Korea, Japan, Norway, etc. • Prepare a draft resolution to the UNESCO Executive Board on international cooperation in the field of rock art. • Continue to organize an international conference and expert meeting on rock art, inviting interested UNESCO Member States, international organizations and national entities interested in hosting future conferences. 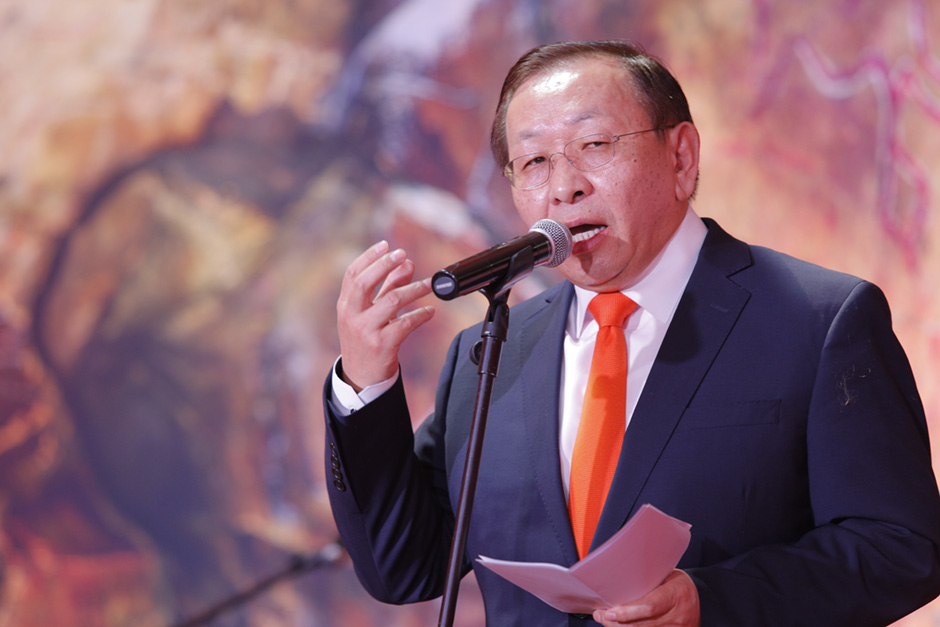